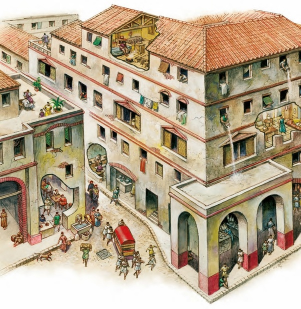 Really rich Romans have a 'Domus' in the city and a large villa in the countryside, just like rich people today. 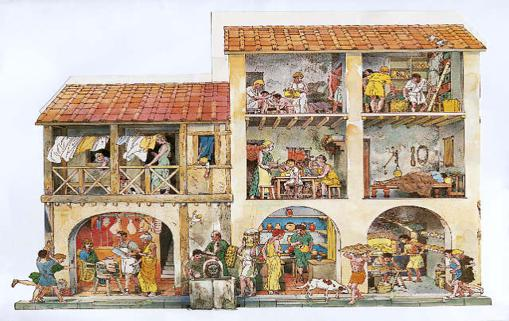 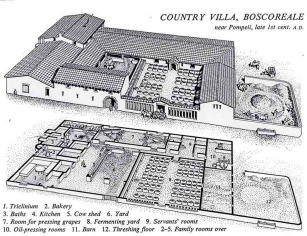 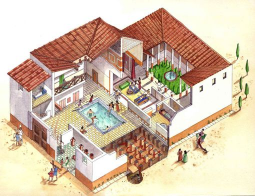 I think that Romans would recognise most of our buildings today, because they haven't changed very much in 2000 years!

Wealthy Romans lived in houses called 'Domus'. They are similar to houses we live in today. 'Domus' were built from brick and stone, had tiles on the rooves, but they didn't have glass in the windows. To shut the windows they used wooden shutters. The 'Domus' was built around a courtyard area, called an atrium. It was a calming space to be in, like my garden. The living area was on one side and the slaves, kitchen and bathroom was on the other.

Poor Romans lived in apartments called 'insulae'. They were mostly above shops and could be up to 7 floor high. This is similar to some flats that are above shops in our towns today, but not with so many floors. They had to share kitchen spaces and a courtyard area, There was no running water which meant there was no bathroom and had to visit a public toilet called 'a latrine'.