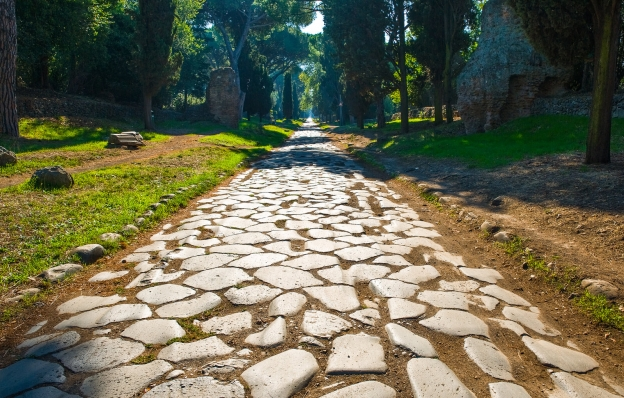 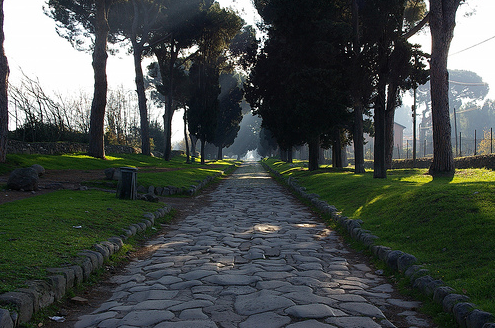 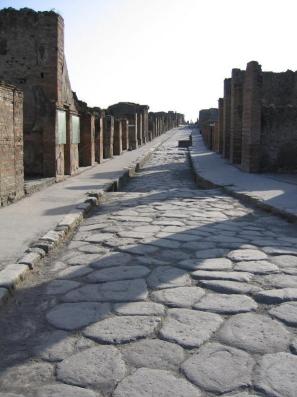 At the bottom of the trench the Romans put a layer of big stones.Paving stones formed the surface of the road. These were cut so they fitted together tightly.

The surface of a Roman road was shaped into a camber so that rain water would run off into the ditches.Roman roads were very quick and safe to travel large distances...the Romans built Britain's first proper roads.

How did Romans build their roads? 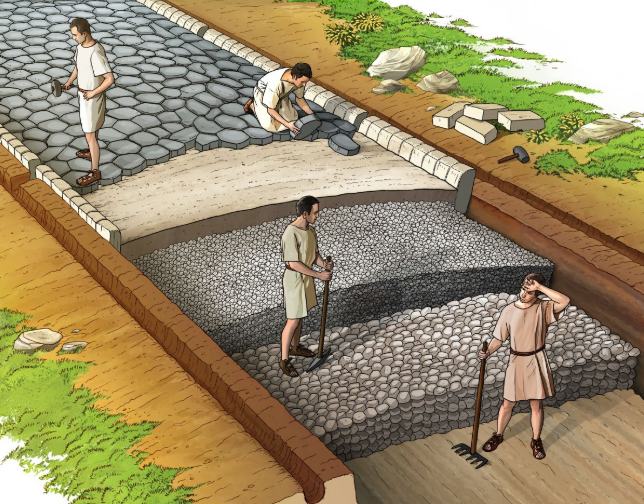 There were 5 layers to the Roman roads.