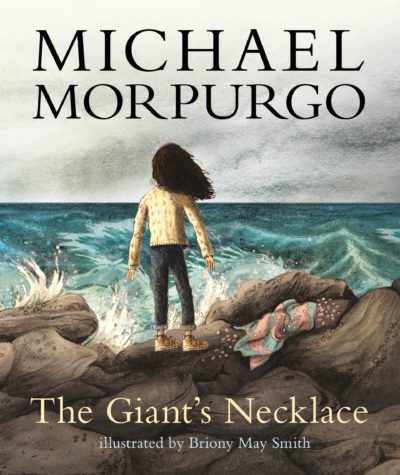 This book, is not a sequel however Michael has wrote and published many books including the War Horse, Shadow and the Butterfly Lion.

The book has a lot of suspense and a bit of drama and thriller also the book has some funny parts that some younger children wouldn't recognise.

I would recommend the book for 5+ because there is quite a dramatic scene at the end of the story.

Facts about the Author:

After university, Michael became a school teacher in Kent and particularly enjoyed reading stories to his class. However, when he ran out of stories to read to them, he decided to start writing his own! In 1974, Morpurgo wrote his first book entitled 'It Never Rains: Five Stories'.

When did he start writing

About the book, the Giant's Necklace

starts off in the kitchen with a girl

named Cherry who has made herself

a task to make her necklace so long that it

was going to reach the toaster. So will she

reach her goal of reaching the toaster or will

she just give up and enjoy the rest of her