Who is Neil Armstrong? When did it happen?

What happened to Neil Armstrong?

hours outside the spacecraft and they collected

47.5 pounds of Lunar material to bring back to 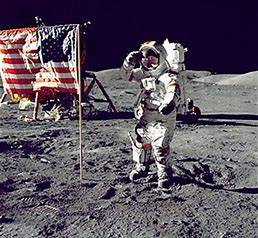 Neil Armstrong landing on the moon.

Why was he so important?

He was important because, he was the first person

to land on the moon. Also, he fulfilled a national goal

proposed in 1961 by President John F.Kennedy.

When Neil Armstrong took his first step onto the moon,

he said, "This is one small step for man and one giant leap for mankind."

When Neil Armstrong was on the moon, he said, "It suddenly struck me

that the tiny pea, pretty and blue, was earth. I put my thumb and shut

one eye and my thumb blotted out the planet earth. I didn't feel like a