Charles Darwin, who was an amazing scientist, became one of the most well

known in human history. Charles, the very smart man, had an unusual interest in the natural world and decided that would be his way forward. His wonderful interest in different species was the reason he came up with the theory of evolution by natural selection. Charles's famous book-'The Theory of Evolution'-written in 1859 has since inspired generations of people to follow the same path as him.

Read more to find out about his amazing life!

was a very successful doctor, his mum (Sukey Wedgwood)

his large family with six children (Charles as the fifth)

they lived in a substantial home - called 'The Mount'-

which was located in Shrewsbury. Growing up

as: shells, seals, coins and minerals.

Tragically, when Charles was only eight, his mother died of stomach cancer. From then his sisters taught him from home but he was totally miserable. All he wanted to do was go outside and do what he loved...explore and collect. His elder brother, called Ras (short for Erasmus) was lively and mischievous and always encouraged Charles to experiment, burn chemicals or grow crystals. Not long after he turned nine, he was sent to boarding school.

When he arrived at boarding school (in 1818) he found it extremely boring. It was not the first time he did not enjoy studying the two subjects Latin and Ancient Greek. For him, without the best marks possible, university would have been out of the picture so he decided to leave school at 16. His father (Robert Darwin) wished for him to follow in the same footsteps as himself- that was to become a doctor. Charles ended up spending the whole summer following his father around seeing what his job was like.

After the summer Charles went to Edinburgh university to train to be a doctor, however, he hated it. After two years Charles abandoned the idea of being a doctor and went and studied to be a clergyman at Cambridge university, which he loved. On Charles's return his main focus was collecting bugs which was one of his favourite hobbies. He sometimes paid people to hunt through gunk at the bottom of boats for Beatles.

On Charles's return from his latest fossil hunting trip in Wales, an unexpected chance was waiting on his doormat. It was a letter from Captain Robert Fitzroy asking Charles if he wanted to accompany him on an expedition around the world. It

was a great opportunity for such a young interested explorer to

The ship that they were travelling on (HMS Beagle) set

sail on the 27th December 1831 and took a direct route

straight to the coast of South America. At every

destination Charles would hire guides and horses to

explore on land. It was in a heart beat he began to fill

his notebook with descriptions about new places,

On the return journey Charles and his crew spotted a group of islands called the Galapagos islands. On first sight the islands didn't look so interesting as they were all surrounded by hot sharp rocks, stubby shrubs and black sandy beaches. Although the islands didn't look so welcoming, they had some peculiar wildlife on them. After a look around Charles and the crew ended up spending five years on the islands exploring and collecting different species. Finally after a long time Charles returned back to England.

When Charles got home after a once in a lifetime adventure, he new where his future lay and it was not being a clergyman. He then started to fill up notebooks with ideas of his own and wrote to geniuses around the world. One of the most important book Charles could have ever read was and essay on the principal of population by Thomas Malthus. That book was so special as it helped him realise that all animals are connected to each other. Thats just about time when he started to build up his theory that one animal had descended from another.

After reading lots of books that would help him, in 1839 he wrote a book himself about his 'Beagle' adventures later called 'the voyage of the beagles'. Not long after it was published and became the worlds best selling travelling book. Later on in 1845, a new version hinted at his theory of evolution. It was the process of gradual selection of changes- natural selection. 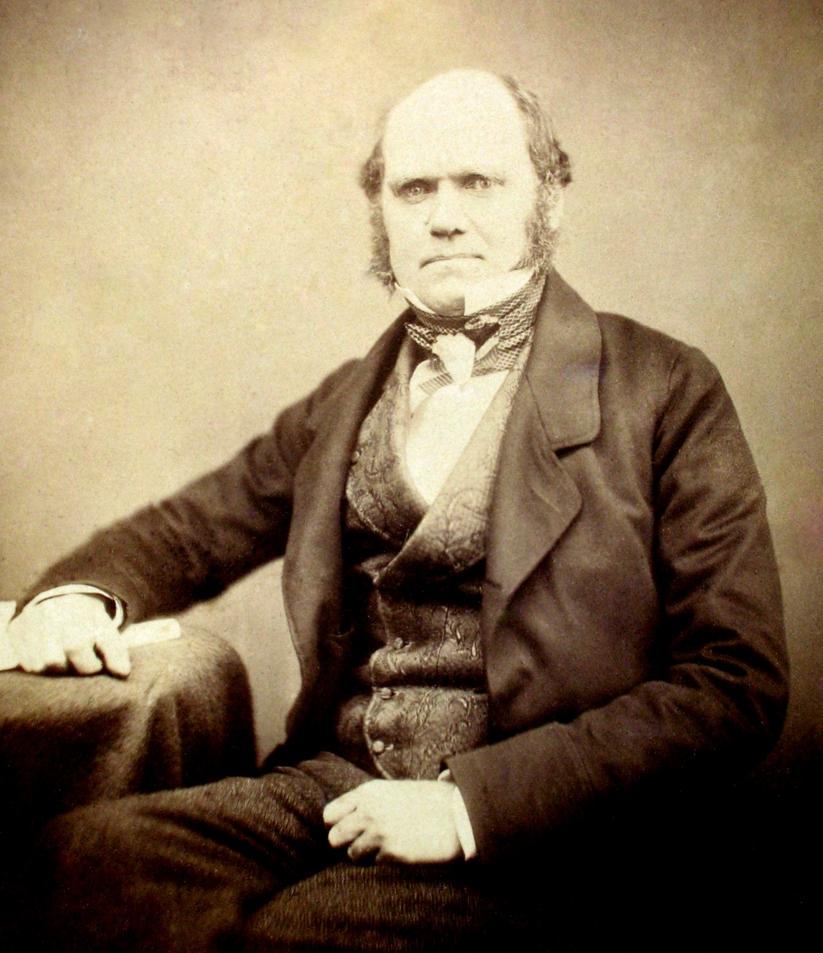