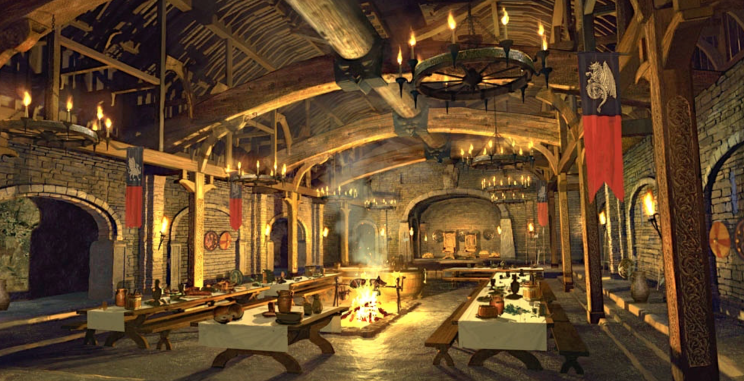 Emerging from the darkness, a skeletal claw rose followed by a grotesque face with yellow and green fangs. He lumbered through the rocky landscape — just like his hardened heart.

Vile, bedraggled hair cloaked his face until he found his next victim. No matter how much he looked like a savage at face, he was one thousand times worse than you could ever imagine.

He moved like a troll and had the breath of raw fish and blood. What is the name of this vicious beast you ask? Well… you may hear the name if you are in the right place at the right time but also in the wrong place at the wrong time… Where do I mean, you say? I mean the place where the Grendel will strike.

A family of four would be a tasty snack or a starter, and an entire village would only be a small lunch. He was vicious, reckless, twisted, ghastly, merciless, horrendous and Hellish. Stay away if you want to live. Stay away from Grendel.

Misery spread with every step he took closer to Heorot. Whose misery was it? A ferocious battle between good and evil was soon to unfold. If Grendel had known his battle tonight, he would not have dared to step out of his lair.

An unearthly smile spread across his face at the sight of the once great mead-hall. He imagined the feast of salty flesh and blood waiting for him inside. Just one strike to get in and all my hunger will go, he thought…

Smashing at the door, his murderous fingers scratched and scraped at the oak. His eyes fell upon one poor soul: Handscio was the victim of the night. Grendel wrapped his dishevelled fingers around his ear and peeled the flesh off him and gorged on his organs until he was only a skeleton.

Into the hall he lumbered. To his surprise, an ever-tightening grip grasped around his arm, pulling at it, heaving at it and wrenching it off his body.“Who are you?” Grendel cried.

And with that, Grendel’s arm was pulled clean off and he was left running to his deathbed under the sea.