In Roman mythology, Neptune was the God of the Sea, identified with the Greek Poseidon. The demand for a mythological name seemed to be in keeping with the nomenclature of the other planets, all of which, except for Earth, were named for deities in Greek and Roman mythology. 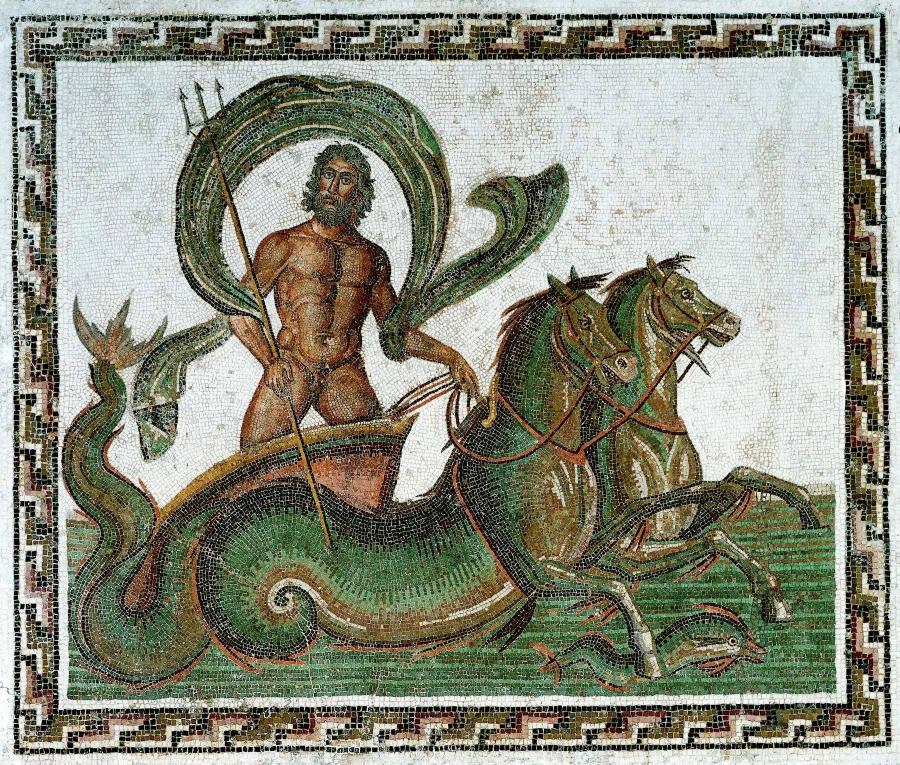 Neptune has the wildest and strangest weather in the entire Solar System. It has huge storms with extremely high winds. Its atmosphere has dark spots which come and go, and bright cirrus-like clouds which change rapidly. Neptune has an average temperature of -353 Fahrenheit (- 214 Celsius ) 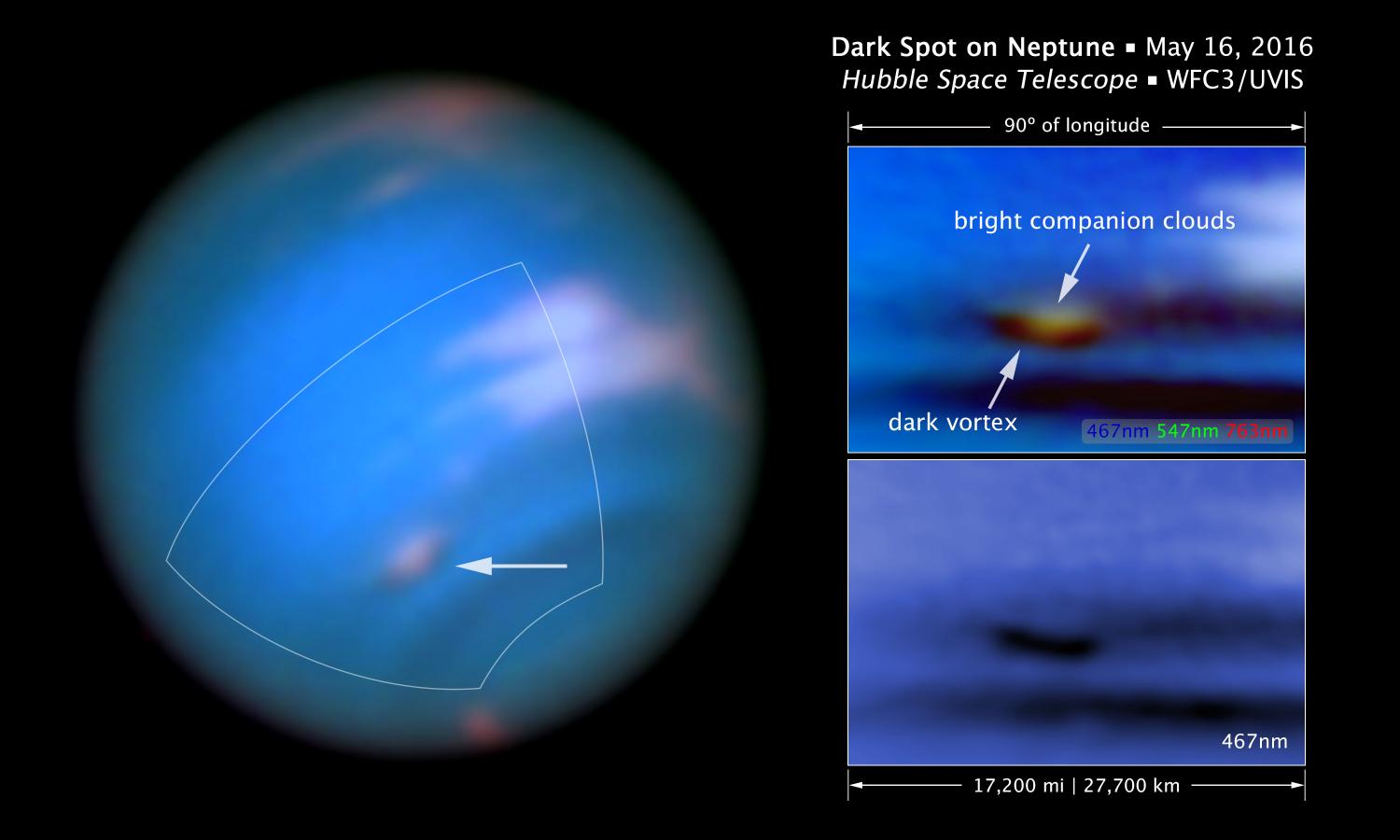 Neptune is the eighth planet from the Sun making it the most distant in the solar system. This gas giant planet may have formed much closer to the Sun in early solar system history before migrating to its present position.

Like Jupiter and Saturn, Neptune's atmosphere is composed primarily of hydrogen and helium, along with traces of hydrocarbons and possibly nitrogen, but it contains a higher proportion of "ices" such as water, ammonia, and methane. However, its interior, like that of Uranus, is primarily composed of ices and rock, which is why Uranus and Neptune are normally considered "ice giants" to emphasise this distinction. Traces of methane in the outermost regions in part account for the planet's blue appearance.