My Dad and I [my Mum helped a bit too] did the Great Garden Birdwatch on Sunday 31st January.

The Birdwatch is meant to see what birds are

increasing and decreasing and where the types of birds typically live. Also it's for counting the population of different species, hence the other name of the RSPB Bird Count. RSPB stands for the Royal Society for the Protection of Birds. It is a charity that was founded on the year 1889. It started with the name SPB and was against [in the late Victorian era] the feathers that women wore in their hats. These feathers consisted of the Egret bird [a type of heron] and the birds of Paradise [Family of Paradisaeidie]. It was founded by Emily Williamson in her home in Manchester, 1889. 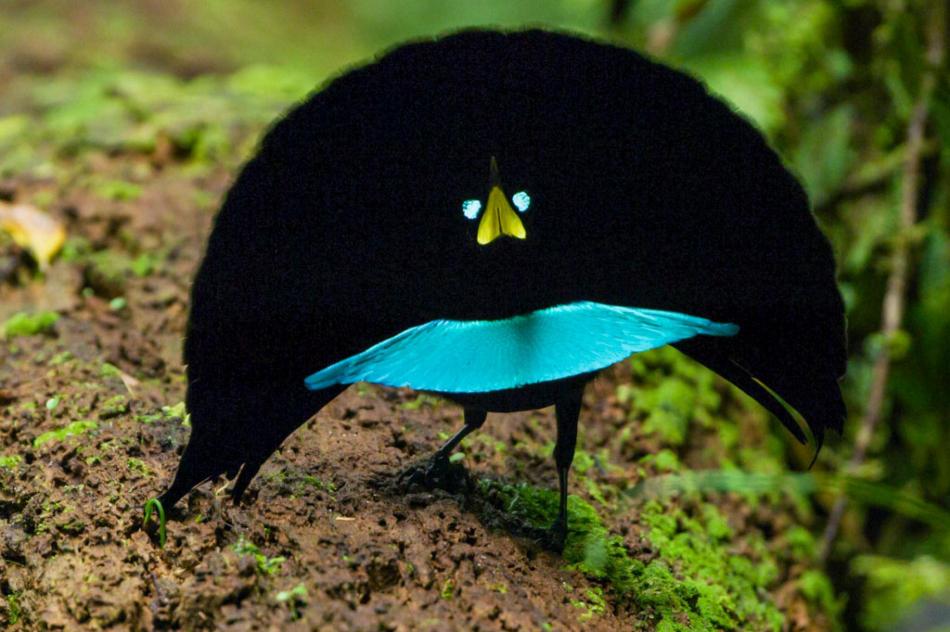 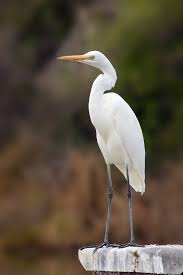 This bar chart represents the birds we saw during the 60 minutes of the birdwatch. We have seen more birds after this though, and I will be sharing some pictures that I've taken with my tripod, binoculars and phone on the following pages. 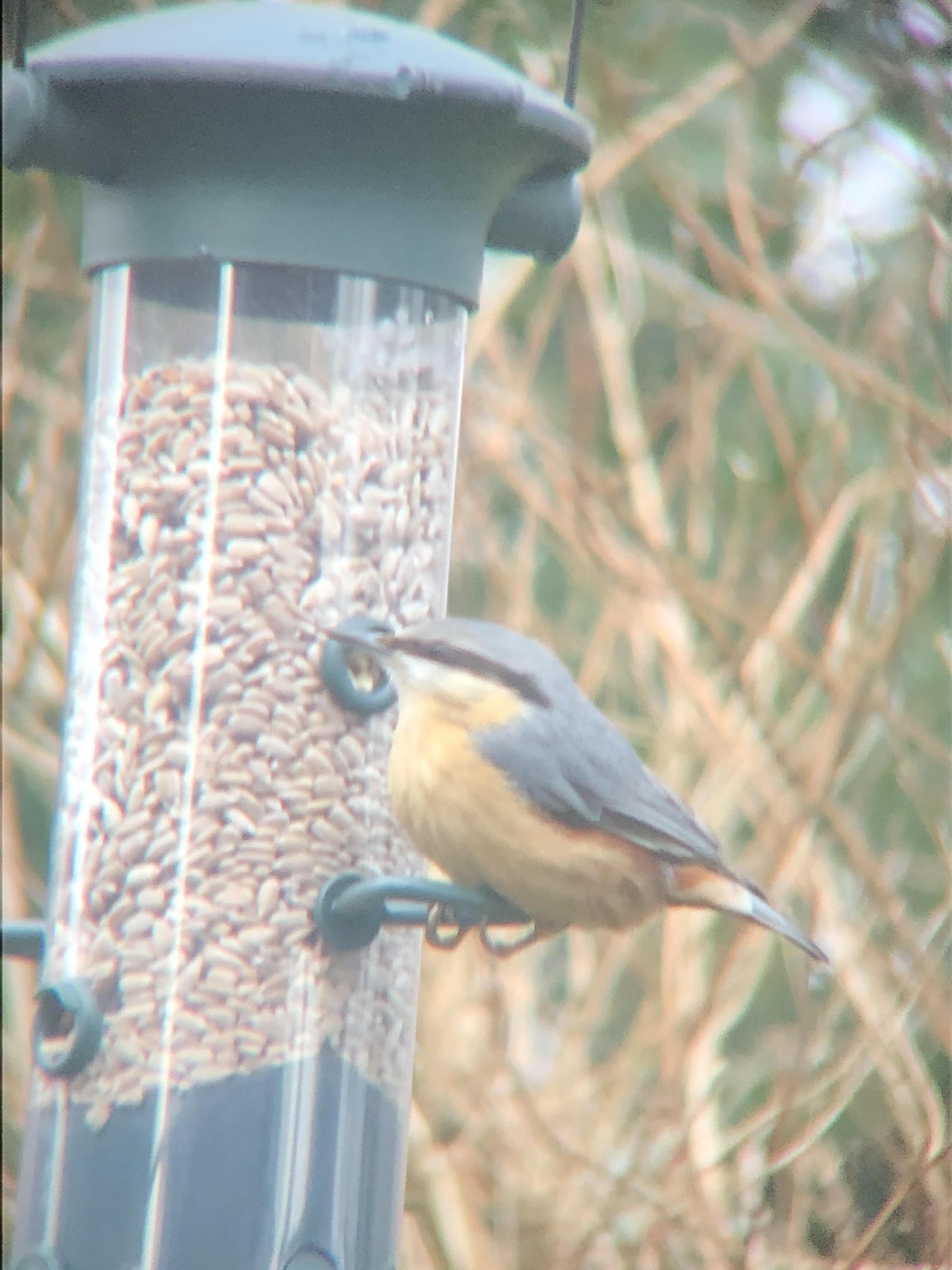 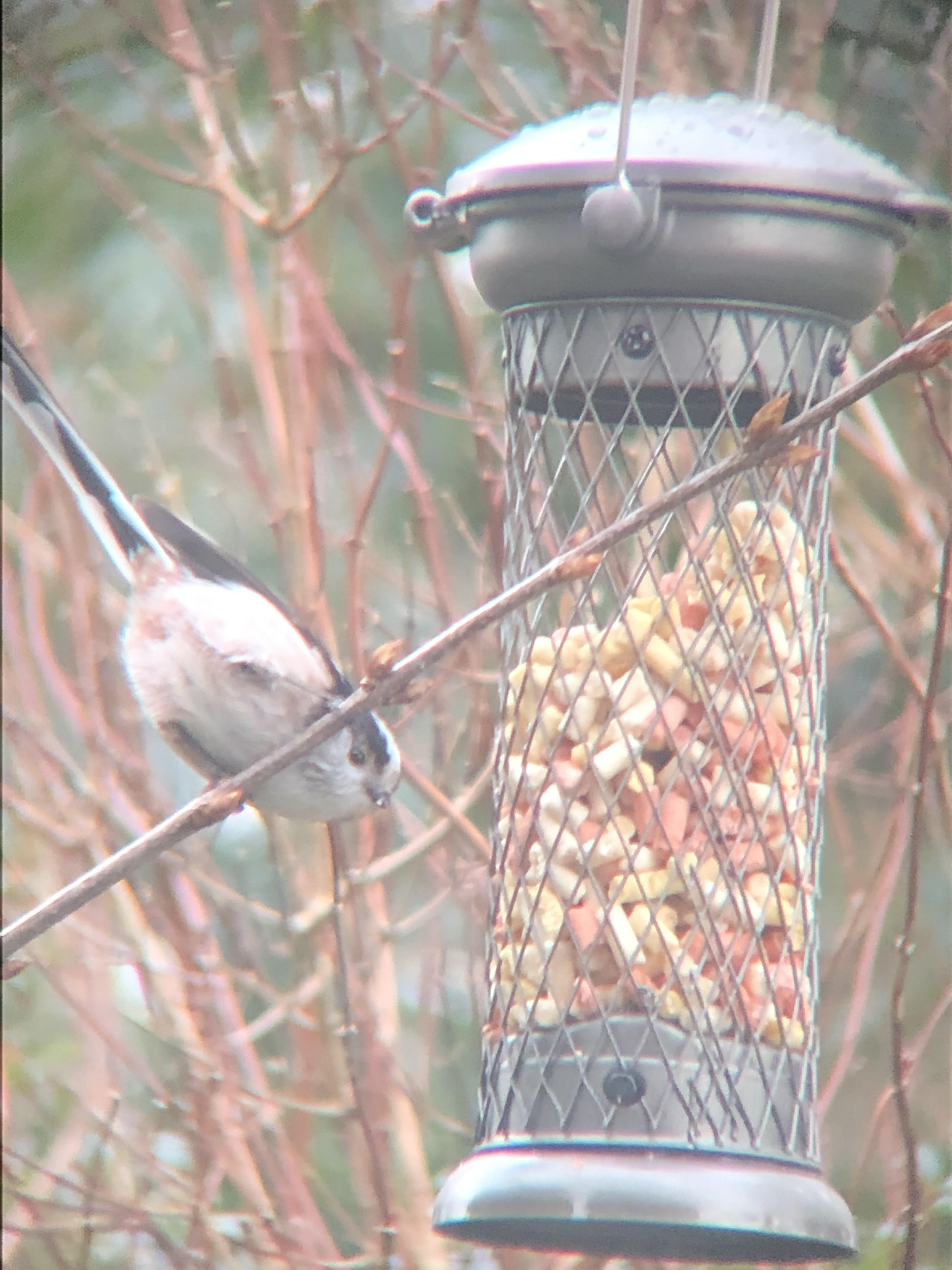 The Nuthatch is kind of like a woodpecker. It can climb trees so quickly if you can track them. They are very speedy fliers as well.

The long-tailed tit is probably the cutest type of tit ever! Their tail is 8 cm long, and together with the body it is about 14 cm.

Long-tailed tits go back to their parents to help bring up the younger siblings, meaning that they might not even have babies themselves! 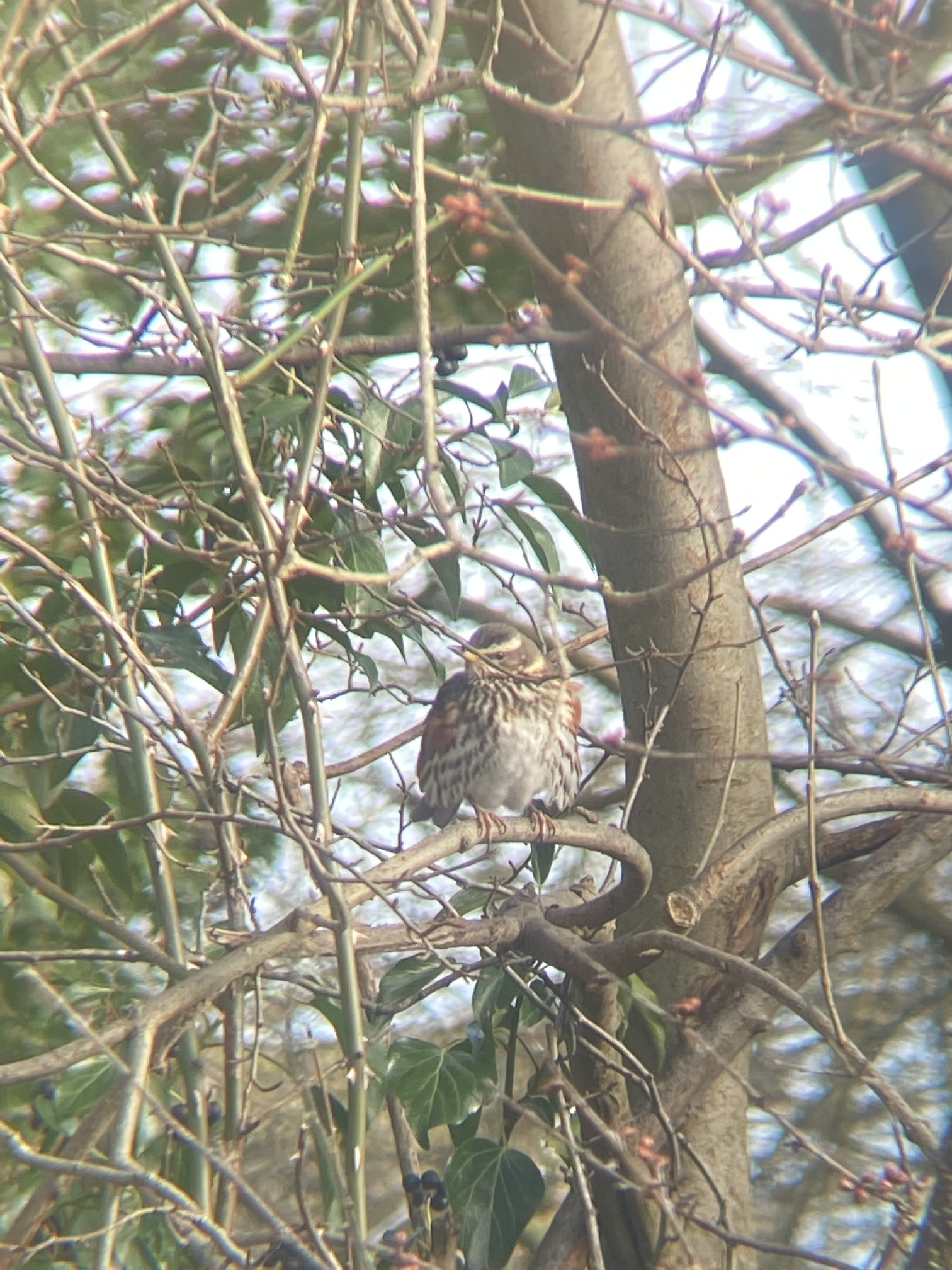 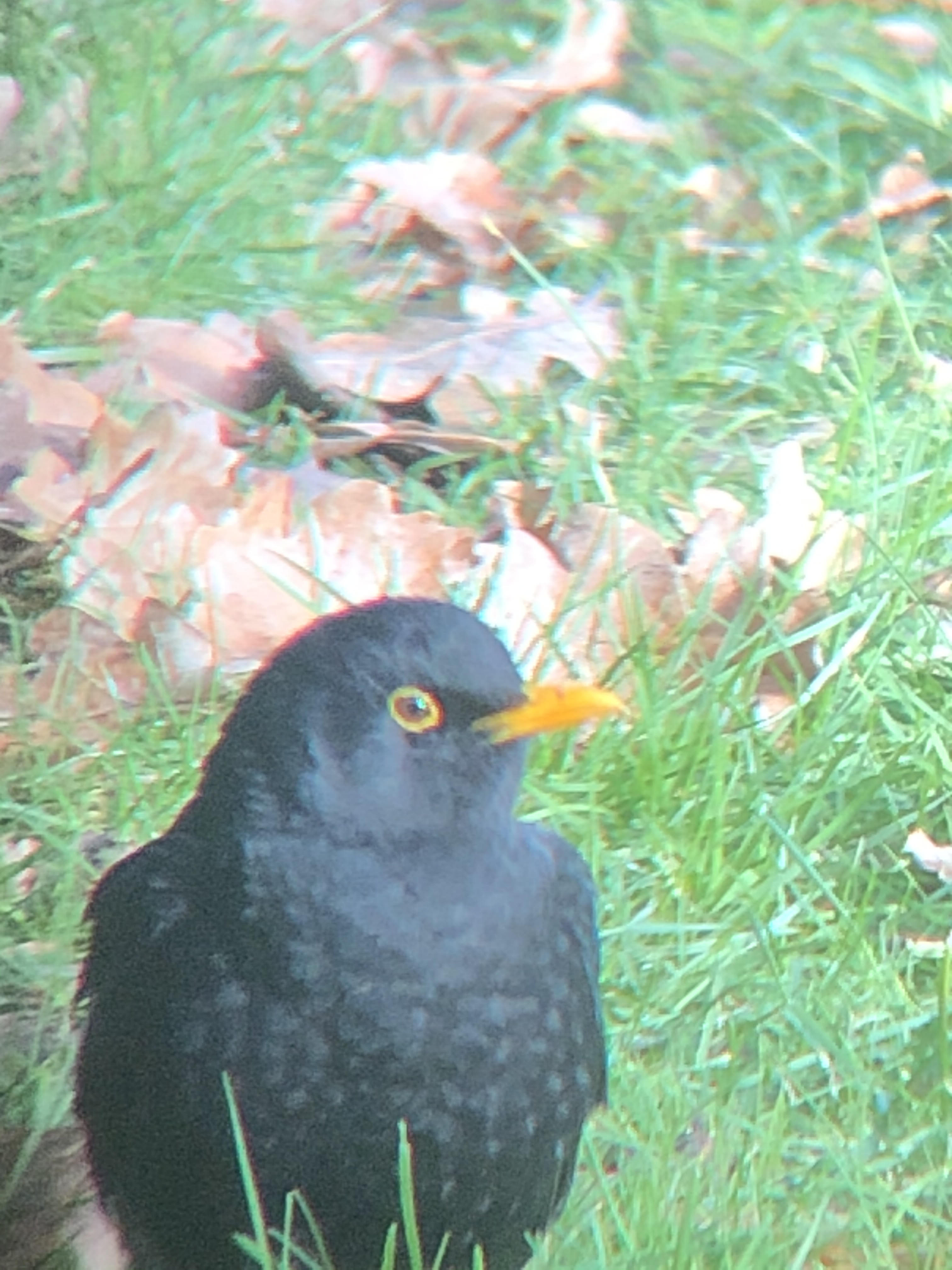 Just like the robin, the blackbird is very territorial.

They are ground feeders, so they usually eat food from the ground like worms but this particular black bird has jumped on to our fence, and fed from the feeder from there. It is as if he has evolved!

The redwing is from Scandinavia and Russia, and they are so rare that when we looked up where they are found, there had been no recordings in our area or most of the UK! 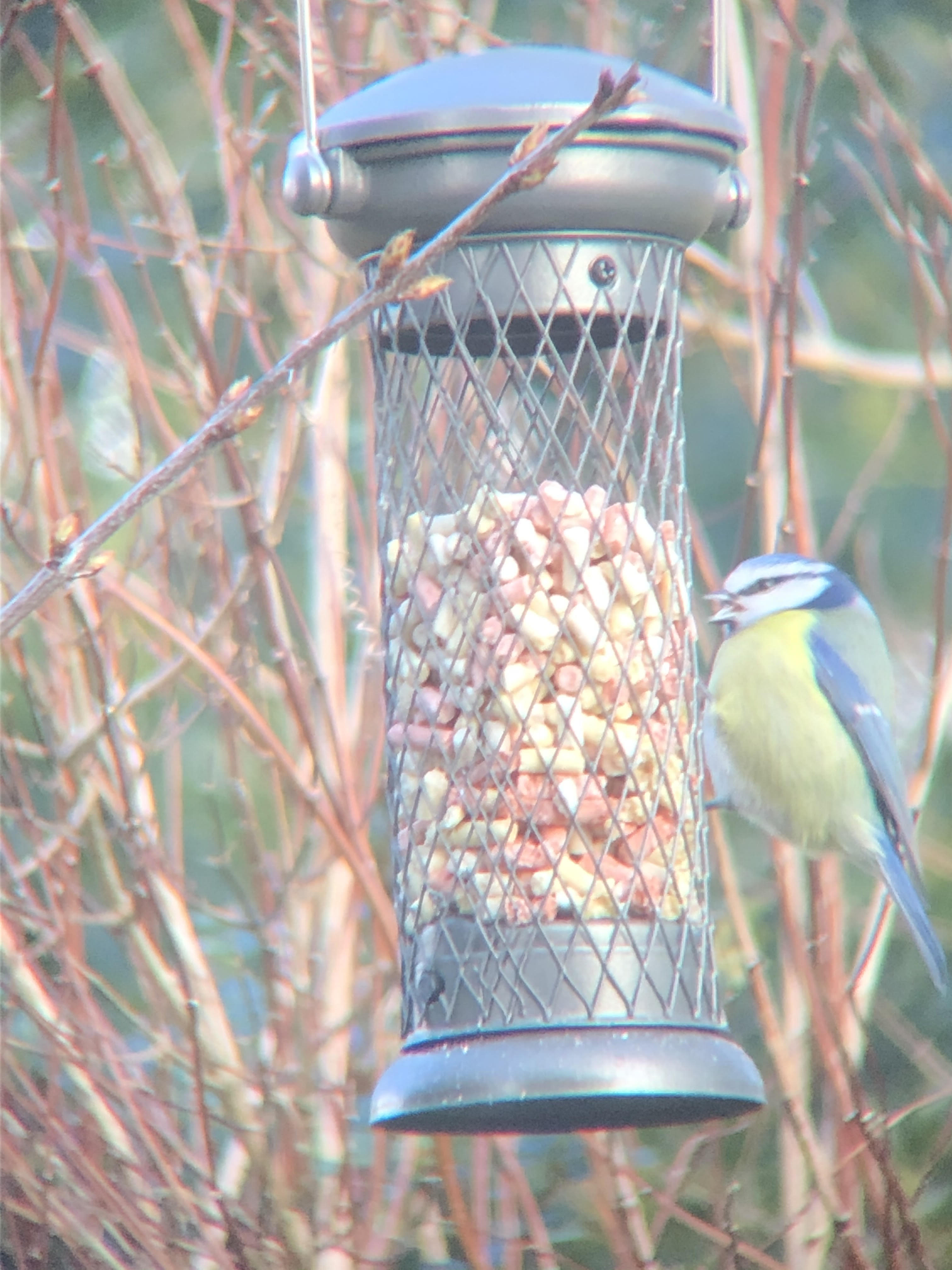 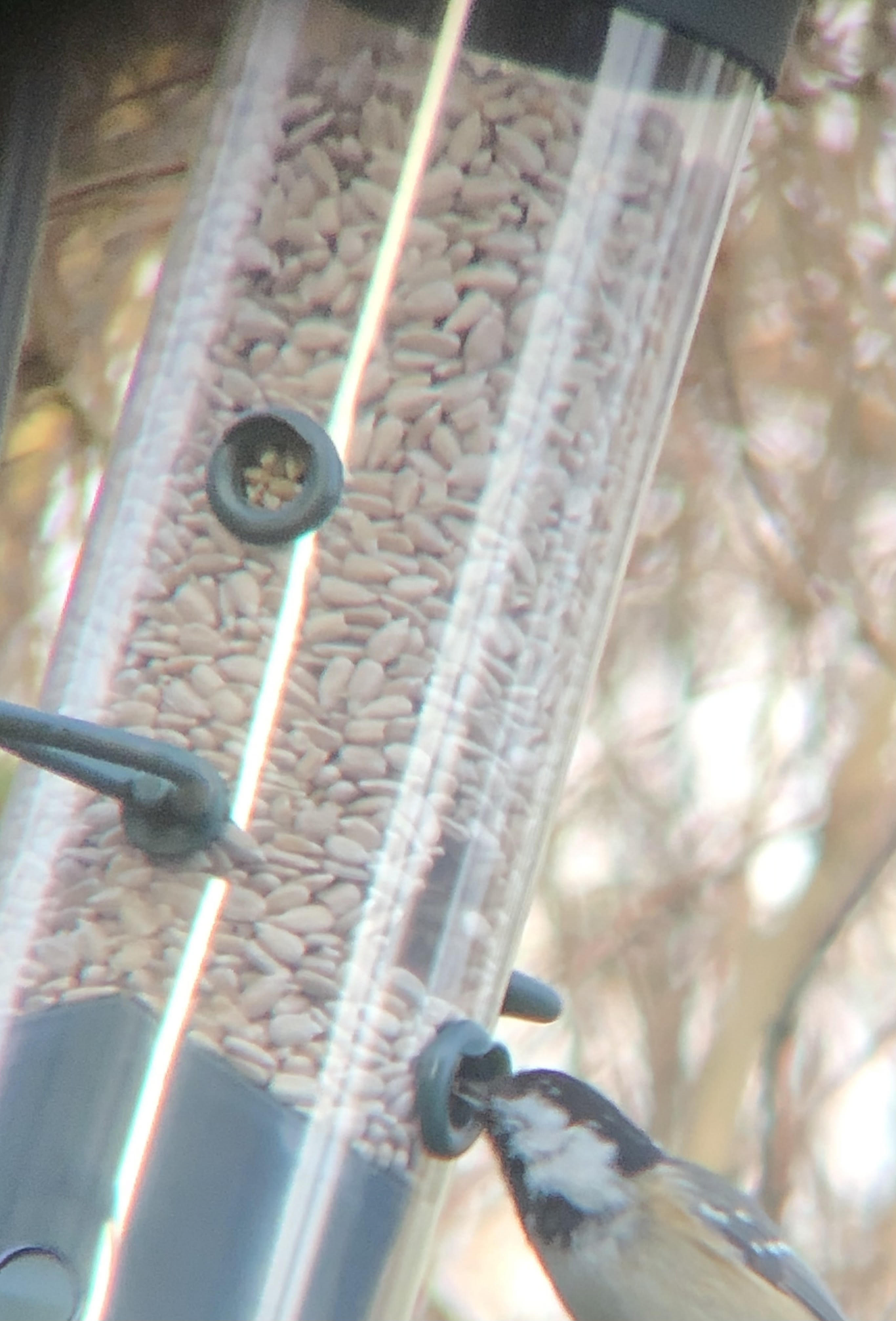 Blue tit's are very brave and

once I was watching a blue tit being chased by a robin, but he just kept coming back.

Coal tit's tend to be very shy, and they are so quick, they're so hard to get a picture of. 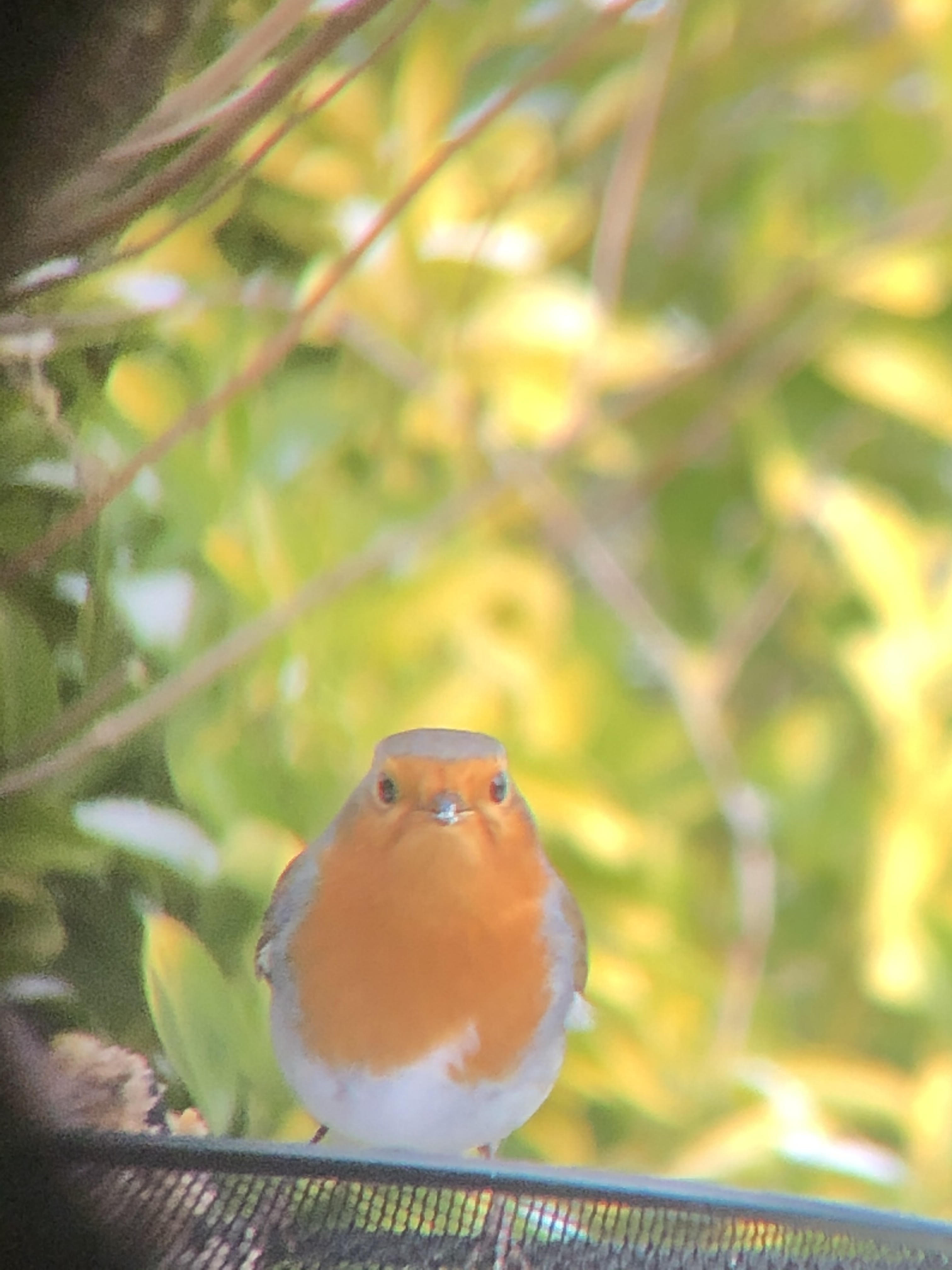 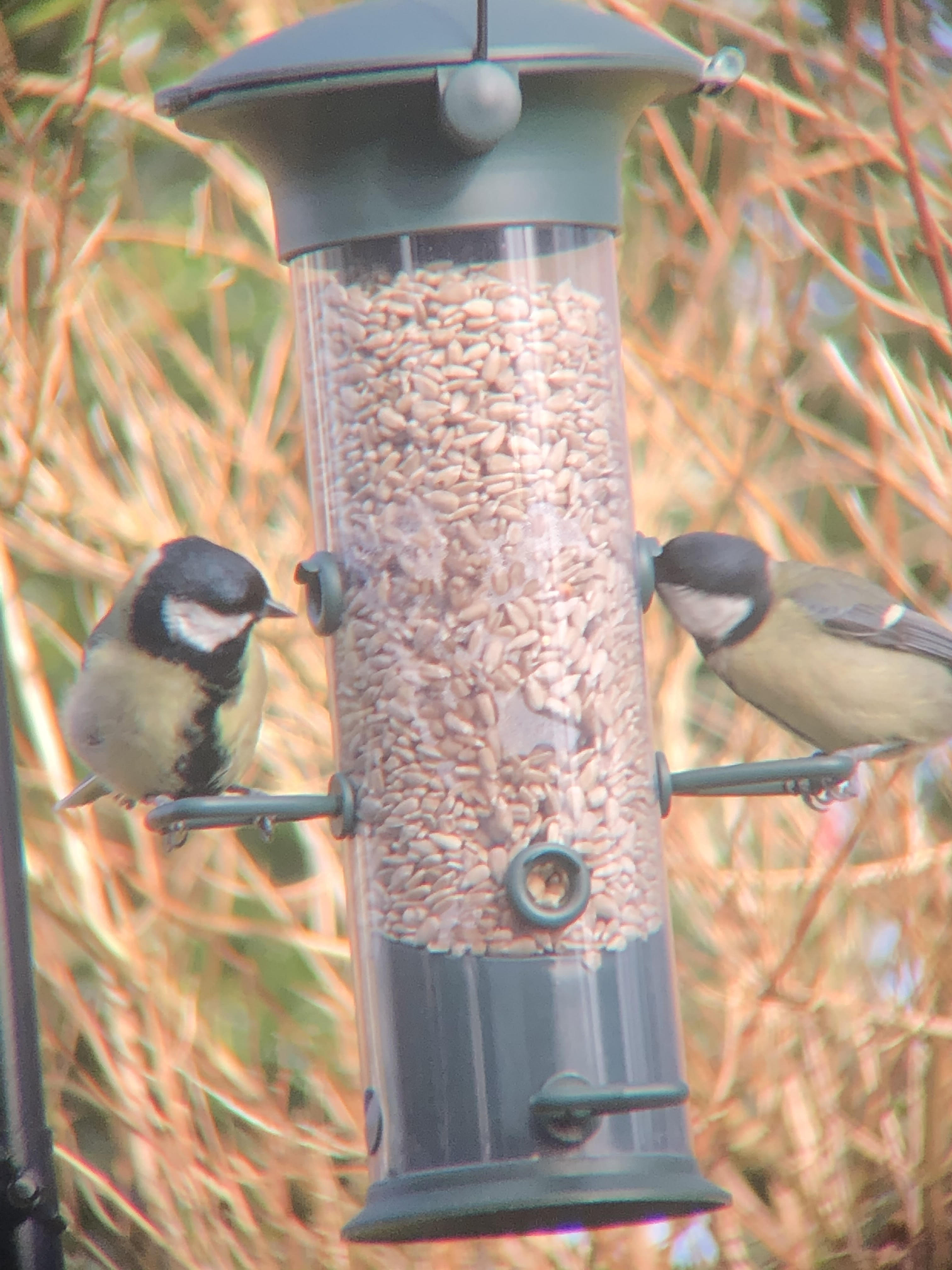 The great tit is the largest bird out of the tits.

Robins are very territorial and they 'own' a garden.

If any other robins come, he will be the first to chase them off.