This is the view towards North End Farm and beyond to Great Malvern from Rectory Lane, Madresfield, taken in Summer 2003.

As you can see, this spot is particularly close to the Malverns, and yet gives an uninterrupted view along the complete length of the ridge. It is a unique view of the AONB (Area of Outstanding Natural Beauty). It is popular with dog walkers, and cyclists.

The fields currently form an important part of the buffer zone between the Malvern settlement and the attractive estate village of Madresfield. Development of employment here would destroy the rural feel of the area and generate noise, smells and night time light pollution in

an area which is currently completely rural.

If you care about this, it would be great if you could provide feedback to the council.

Feedback to the Consultation must reach the planning team by 5.00pm on Monday 16th December 2019, this can be done on line, you should do it now!

Some useful links and how to comment are here.

There are a number of reasons directly from Council documents, that show this development is inappropriate.

The points above are covered comprehensively in this document.

As well as that, you may wish to comment using any of the following you feel are relevant to you:

1 View - Of the whole of Malvern Hills from Rectory Lane over Worcestershire farmland is very special. This is an outstanding view of the entire length of the Malvern Hills, with beautiful Worcestershire farm land as the foreground. It is the only place situated within a mile of the hills to have such a view of the hills from North to South. It is a completely stunning view, and I would request planners have a sight visit to Rectory Lane, Madresfield to see the view for themselves. It would be vandalism on a grand scale to allow this view to be spoilt and lost forever.

2 View - From the Worcestershire Beacon, Malvern looks like a pretty town, with housing and green spaces. Further afield the Retail Park and Townsend Way industrial areas detract from the view. This proposal would place a new industrial area even nearer to the Beacon, and spoil the view seen clearly of the front page photo of Malvern Hills AONB Study, the green fields before Madresfield with its church and spire.

3 Village character - Proximity to Madresfield, which would become just 100m from Malvern. Madresfield is a small, attractive village, created in the late 1800's by the Madresfield Estate. It is a triangle of roads that include Rectory Lane. This proposed development would completely destroy the feel of Madresfield, making it just become an annex to Malvern town. The noise, traffic and light pollution would increase, it would no longer be a tranquil Worcestershire village.

4 Character - The character of North End Farm, a very old farm. This farm and its barns are so typically Worcestershire / English. It would be a great shame to lose this history, and village outskirts building.

6 Environmental - The fields soak up rain from Malvern Hills, concreting over will cause more flooding. If this is turned into industrial land, it will no longer help to hold up that water, and will cause more risk of flooding.

Wild Life - In this area hares, barn owls, badgers, buzzards, muntjac deer, foxes and bats are seen. There may be other wildlife, a professional assessment is needed.

7 Traffic - Vehicular access for workers and delivery lorries would be required. Both Mayfield Road and North End Lane are completely unsuitable for the traffic this would generate. It would also create more traffic through Madresfield, which is already a 'rat-run', even though it has a Primary School and an Early Years Centre.

8 Access - Conservators own verges on Mayfield Road, North End Lane and Rectory Lane. There would need to be an easement for access. Hopefully the Conservators would resist development for all these reasons.

9 Planning - Development outside of Development Boundary. When Townsend Way was created in the 1990s, it was always said to be the edge of development, and that is recorded in its name. At the time there was considerable opposition to the creation of the retail park and Townsend Way industrial development on what were previously Hop fields. When the development was allowed, I believe that part of the conditions were that no further development would happen beyond Townsend Way. It is a joke if commitments like that can just be discarded in the future.

10 Planning - Surely it is wrong to build houses on industrial areas inside the development boundary, and as a result build industrial development on green fields. Malvern had two very large employment areas within the town (North Site and parts of Qinetiq), which have now been changed to housing. How can this be allowed to be changed, no doubt for enormous sums of money, into housing, and then have to build for employment on virgin farmland? Although there is a need for more housing and employment, all this development appears to be driven by greed of land owners to make money. 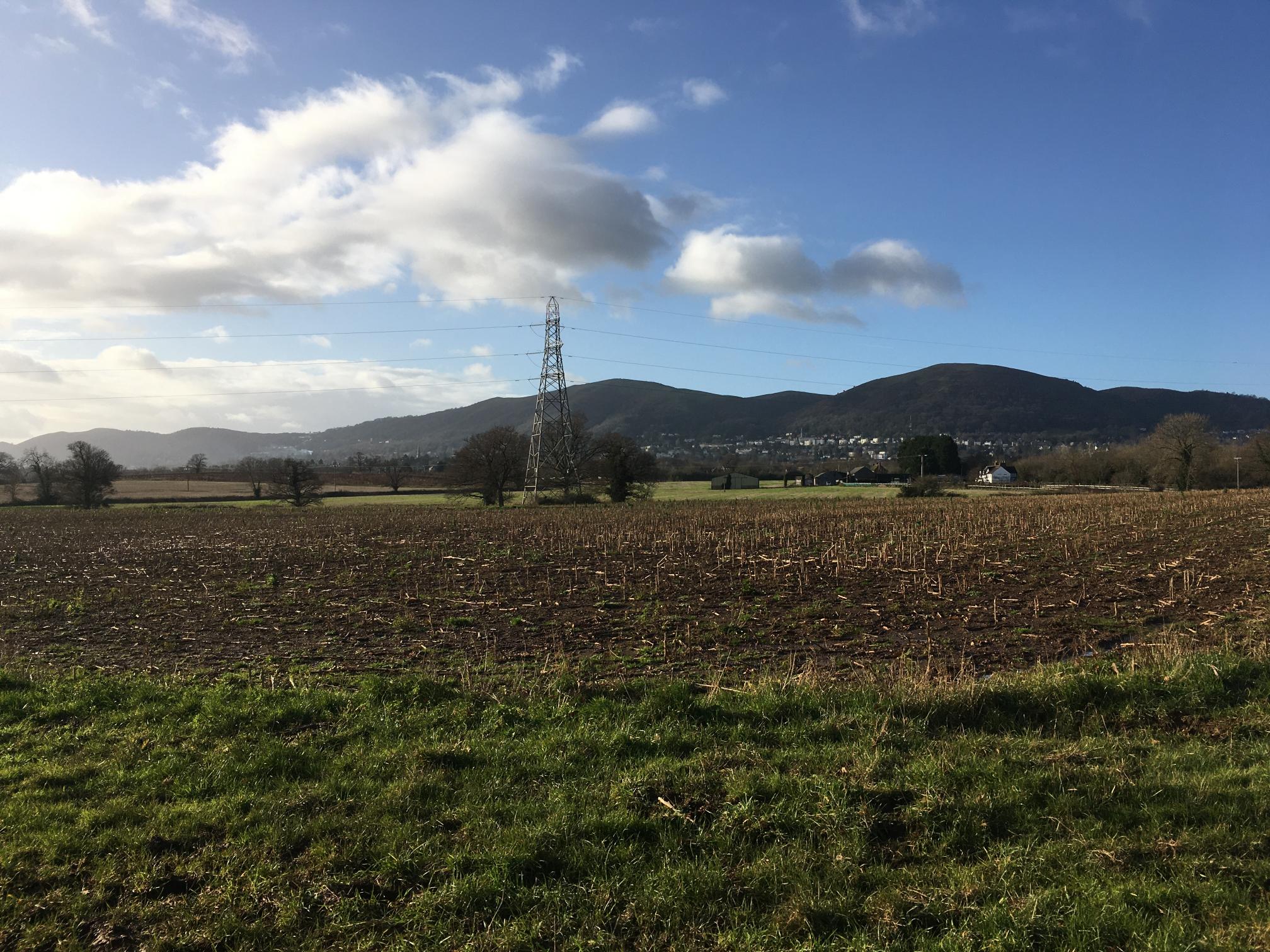 View from Rectory Lane, Madresfield, looking towards the Malverns with North End Farm. The proposed development would come towards Madresfield all the way to the pylon. Imagine an industrial building, 9 metres high, it would obliterate the view.

The field on the right towards North End Farm would be developed. Look how far from Malvern this development would spread.

All these fields would become Industrial Land, North End Lane on the horizon. 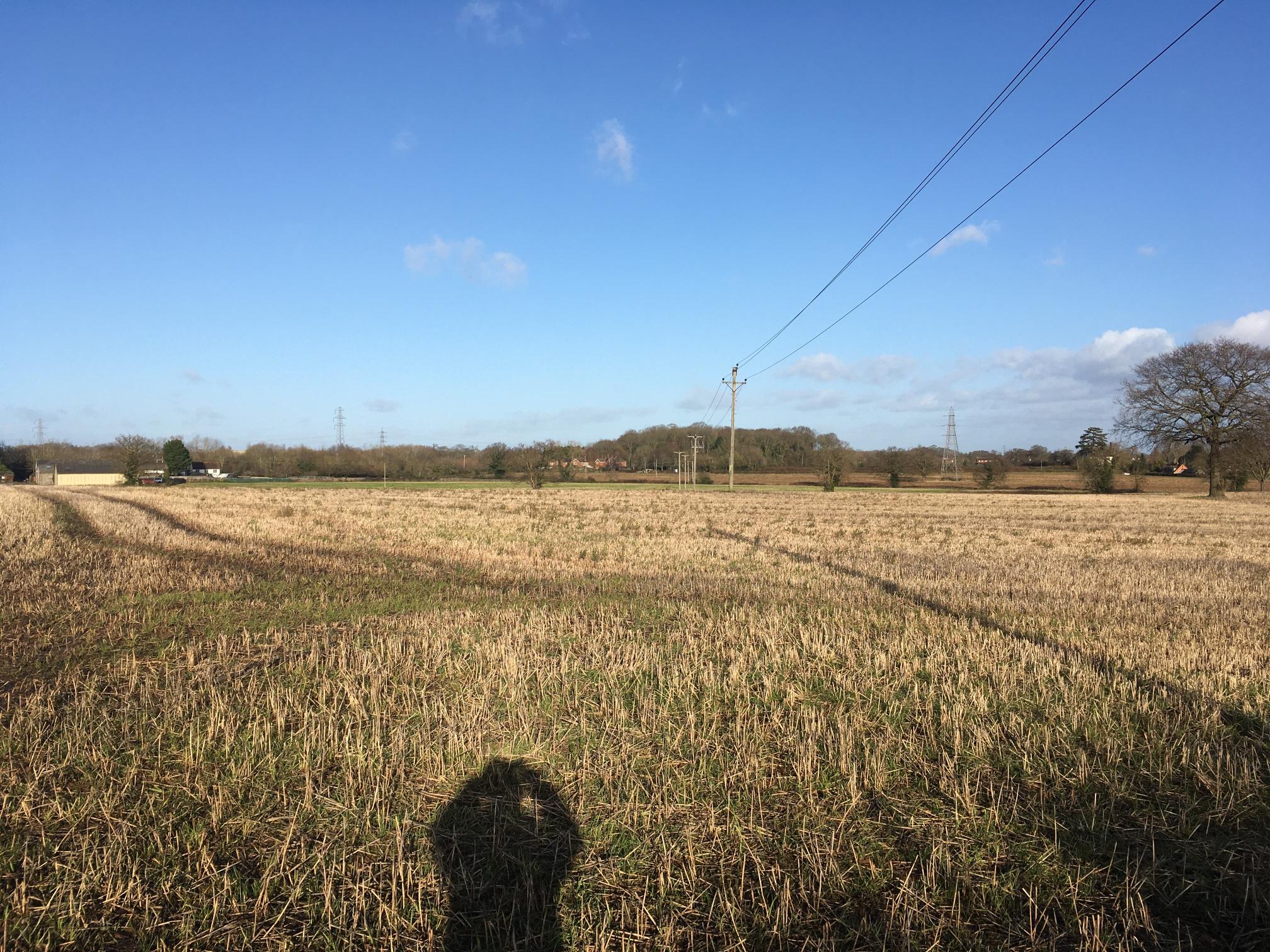 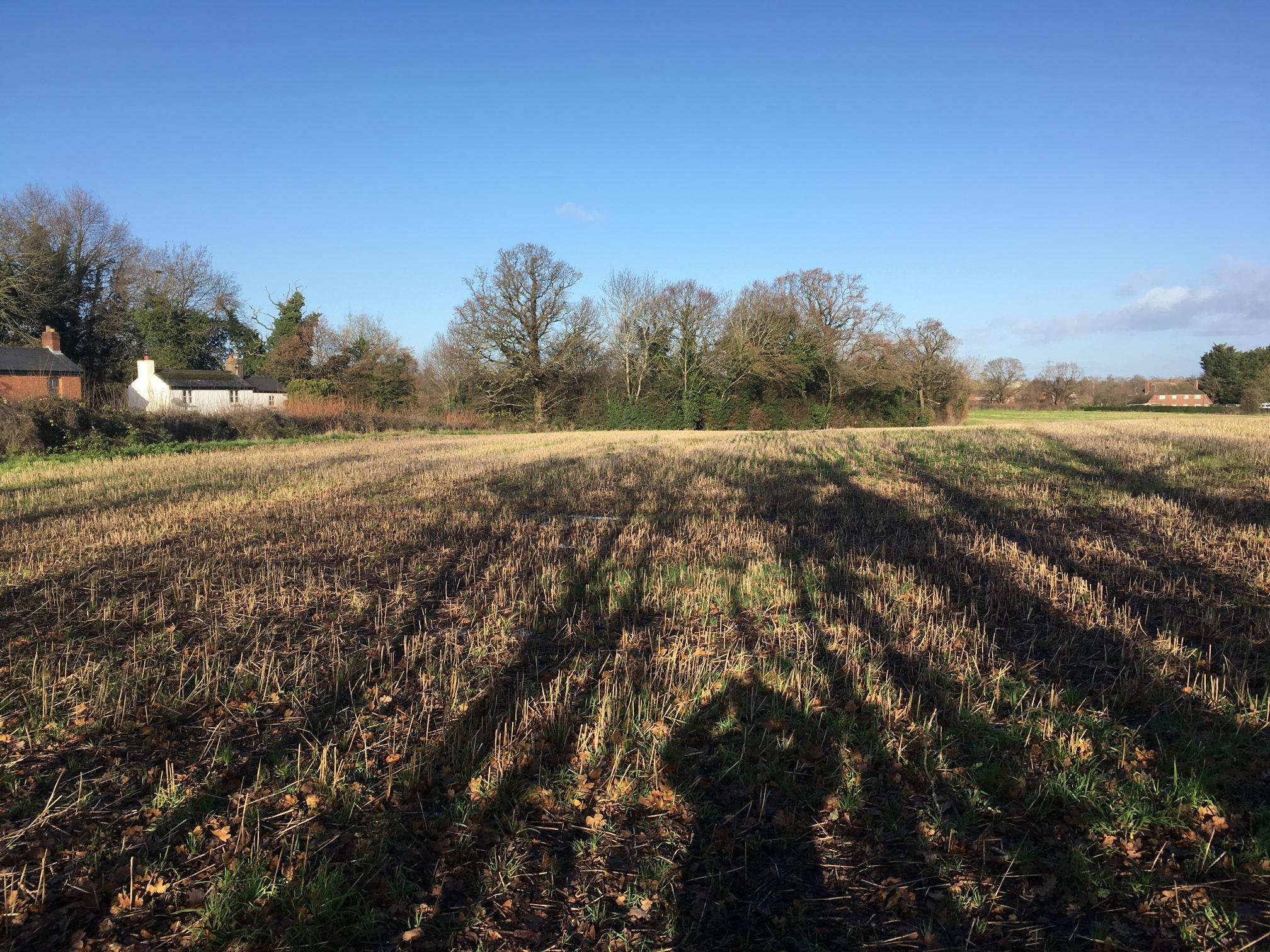 Field off Mayfield Road, due to be industrial land. 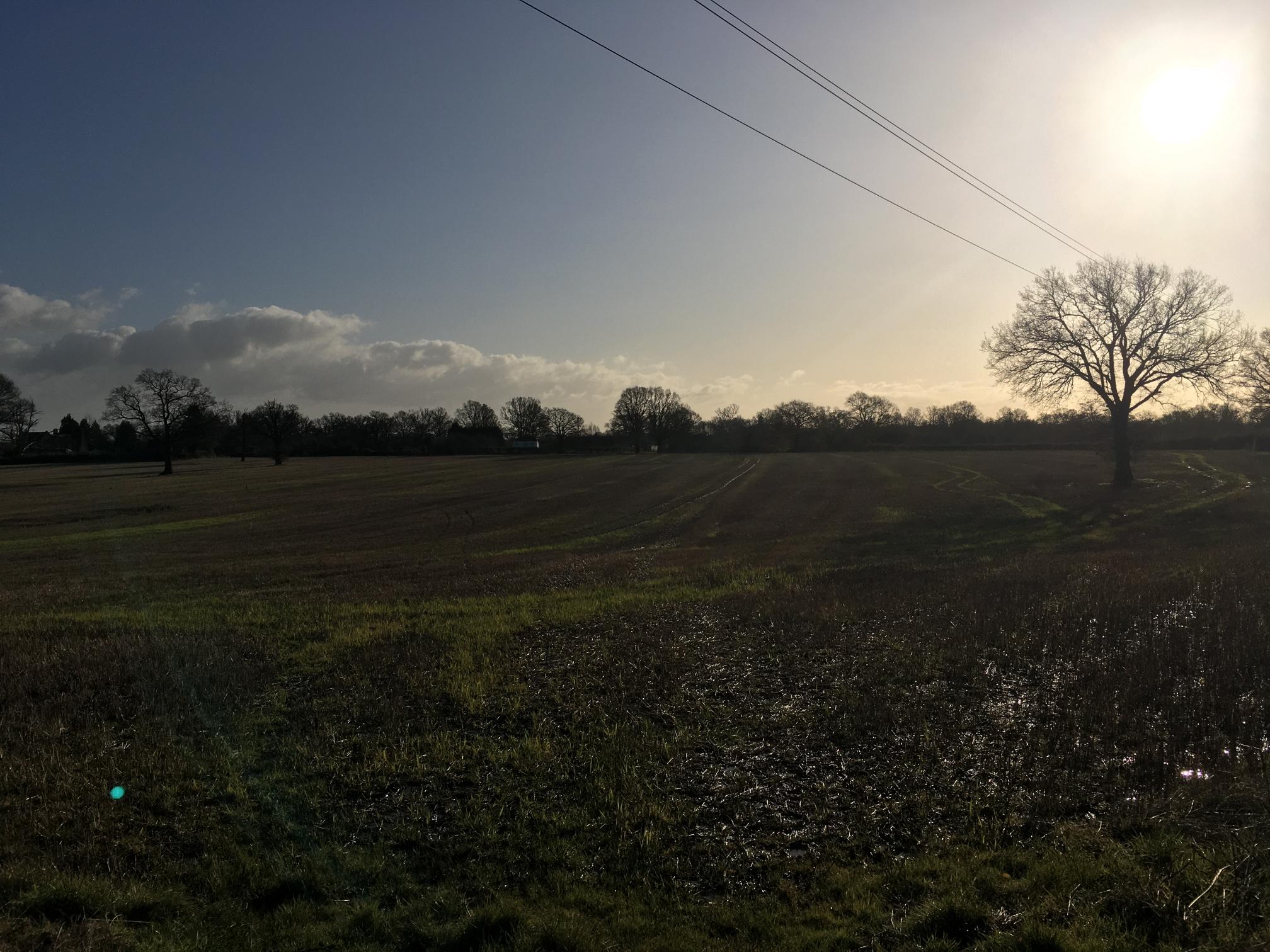 Looking towards Sherrards Green, to be developed! 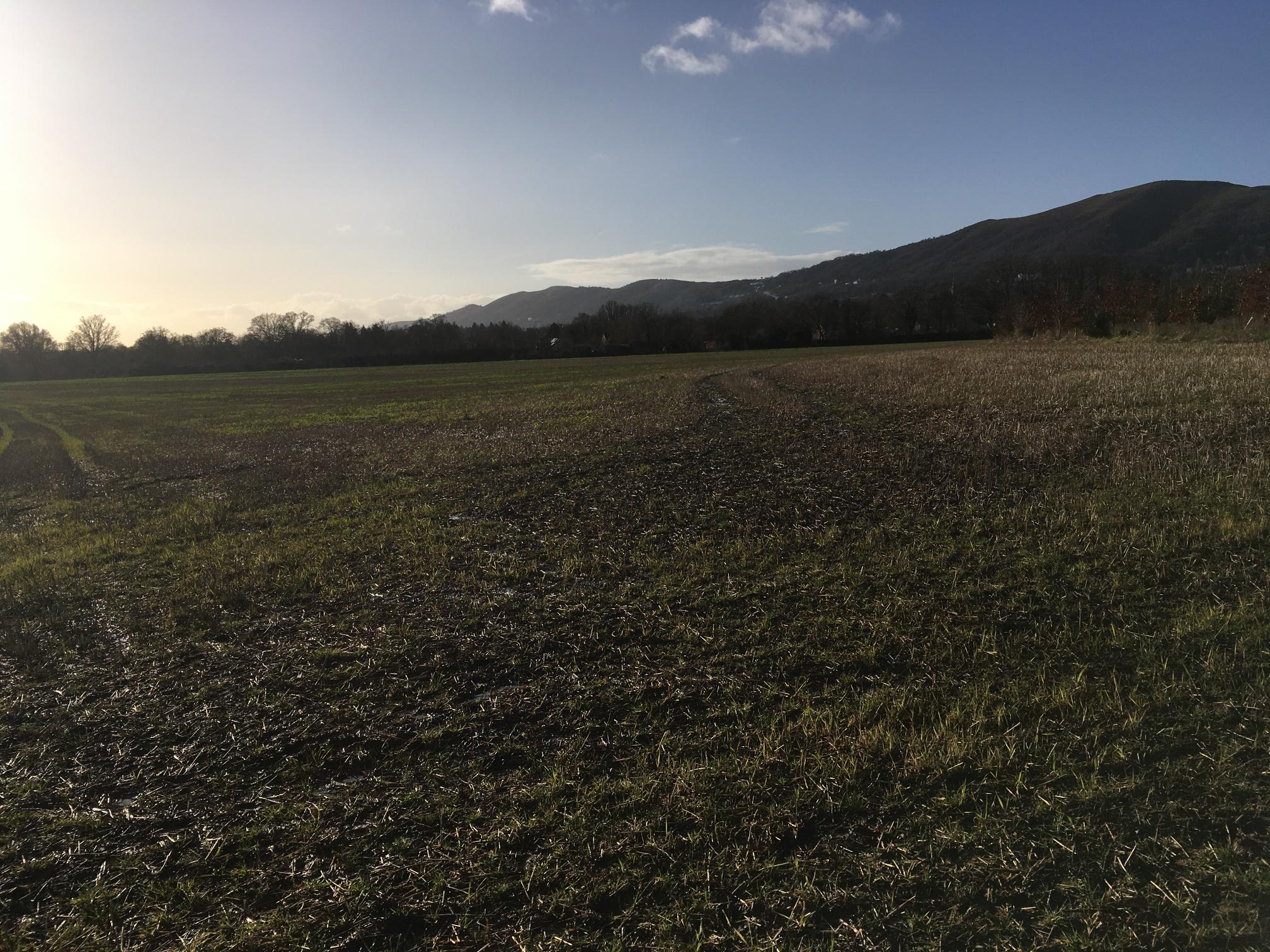 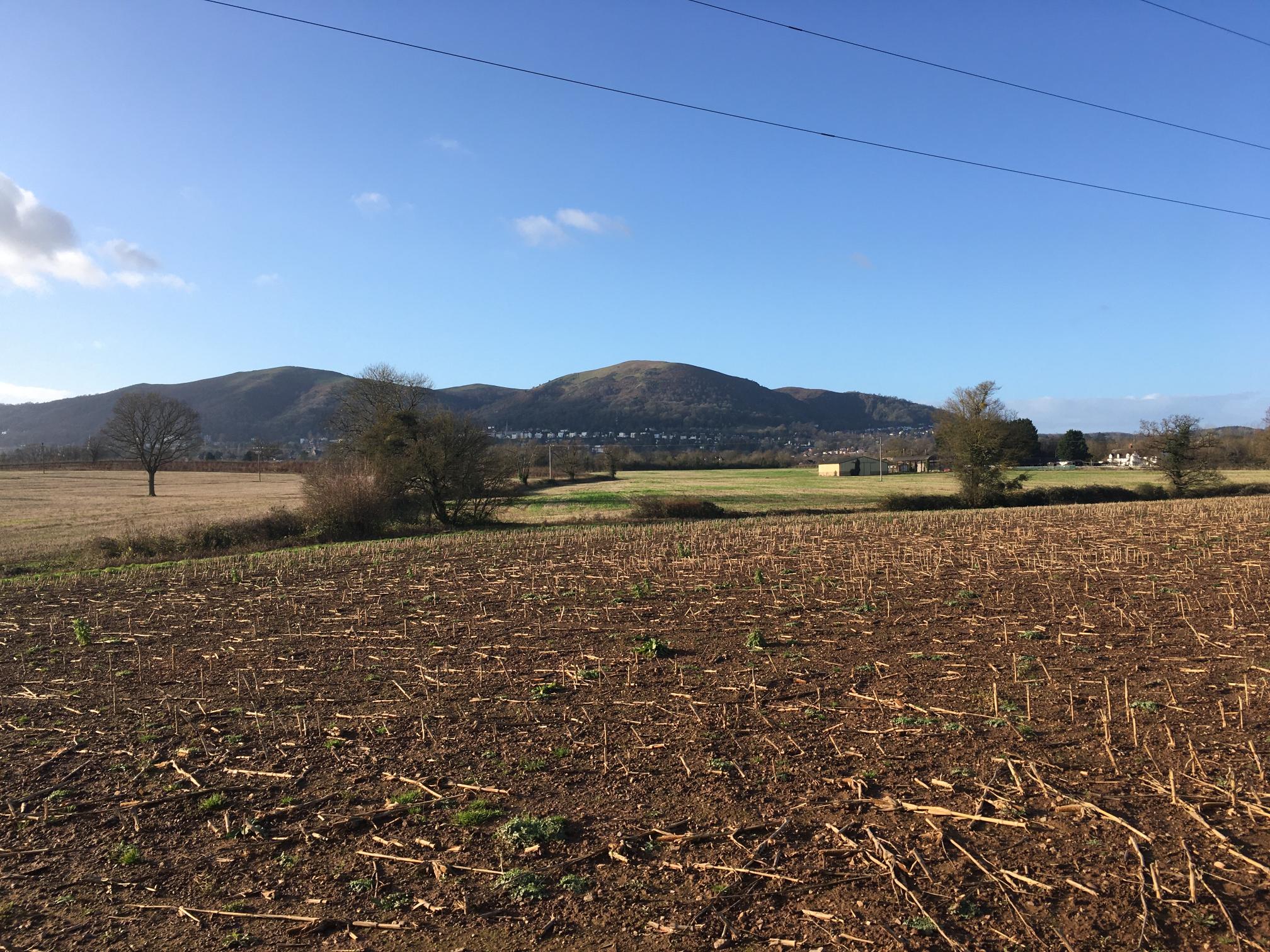 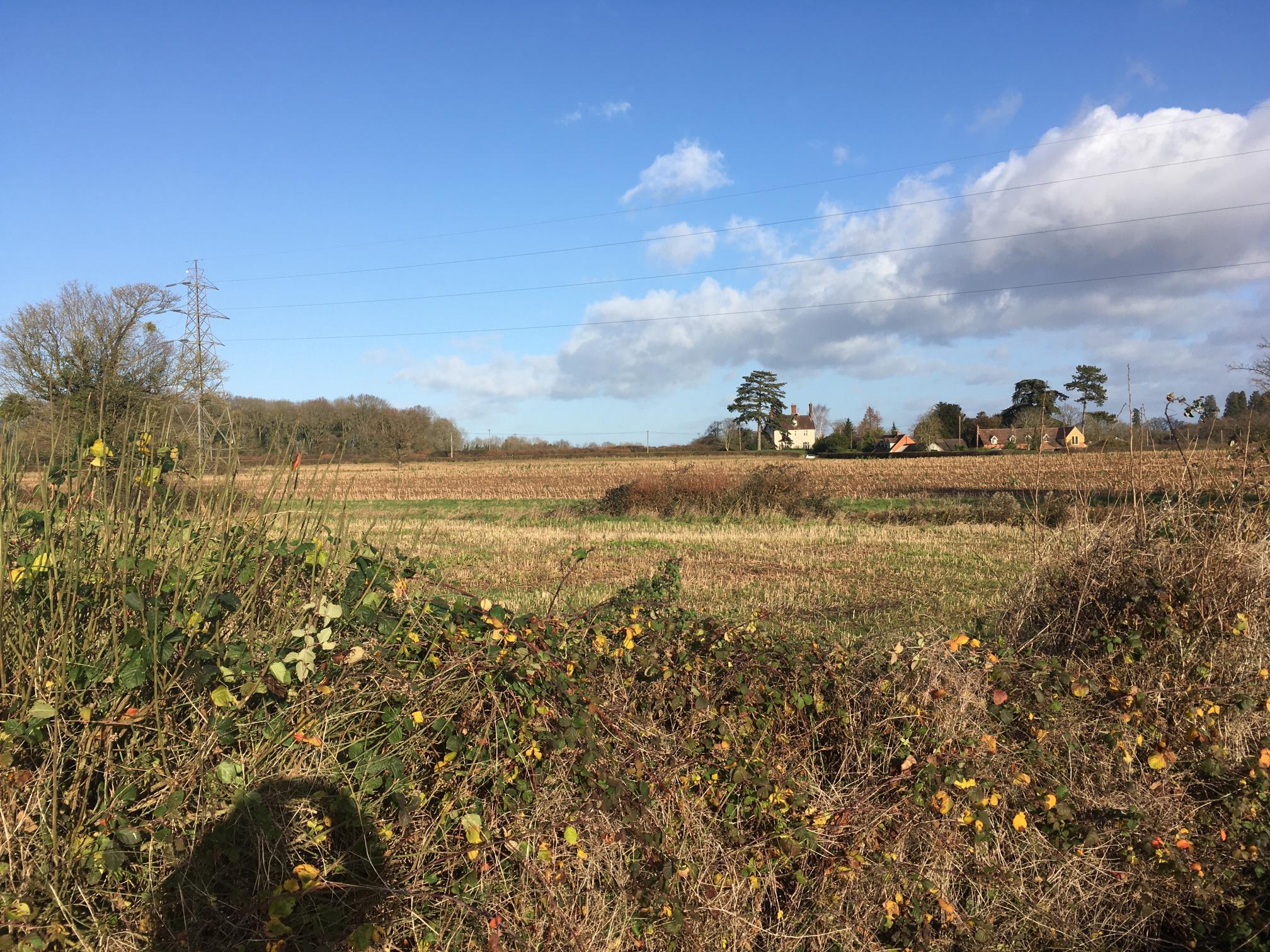 The green field to North End Lane and North End Farm would be industrial land.