﻿Dear diary, today I had the most unimaginable experience known to man, I am about to take the world’s, first seen, steps on Pandora.

Ahead of me, a vast, dense forest shrouded in mist. I looked back, 4.4 lightyears away, was Earth, however, in scale, this was several times larger than anything back home. Above me, a bewitching, flying species glided across the milky-blue sky— its wings almost completely transparent. The air began to thicken, the temperature began to rise and the humidity here is making me feel clammy and sticky. With every footstep, It occurs to me of the complexity of Pandora, it was nothing compared to Earth: the sun was a Brobdingnagian, pale orb of refulgent light; there is a fierce air density; and the 20% gravity difference makes here a whole new world. The light of Alpha Centauri A, is dappled on the forest floor— barely managing to get past the overshadowing canopy of leaves. Soon after, my cherished moment of admiration ends and I am left, left standing alone with only the company of the hidden Pandora inhabitants. This, was the largest concentration of life I had ever seen— more than I could have possibly imagined. Then I remembered the sole reason for my presence: Unobtainium. 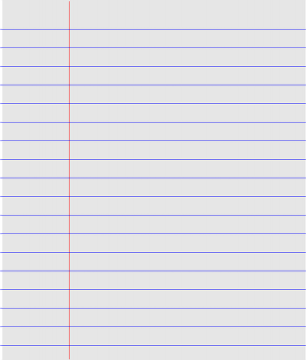 I love that I get to look around and taking in all the options. I can pivot freely guided by the magnetic force of my internal compass. Where was I to go next, plants? Animals? The terrain? I was drowning in decisions and that was only three of them.

Footstep after footstep, one foot in-front of the other, a different smell engulfed the air around me— flickering me in and out of consciousness. I progress onwards, manoeuvring past acres of foliage, then, a sound, came within the 5 meter radius of my current occupancy, a melodic sound. My ears twitched,: they were unable to resist the urge to find the source of this sound. After a time of walking, I pushed back the veil of leaves only to find, an unobtainum shard. Once ffinding myself in the dark gaze of the tree, I noticed that, is was a white sheep amongst a myriad of animal species, which I had once thought to be hidden. Before my very disbelieving eyes, was a swarm of varying creatures: 6-limbed dire-horse (a behemoth); the great leonoxtorix; shiny-skinned viper wolves; by far the most big, the thickly-layered hammerhead tytharyiums and; the most vicious, thanator.. From my time here, I began to notice: the fact that a dream actually came true, makes life interesting. I had to explore more right this..*yawn* tomorrow.

My eyes, that we’re drooping and leaden with sleep, snap open. They greet the dayshine, my nose greets the ambrosial smell of flora and my ears greet the dulcet sound of fauna. I begin to upright— after some food I was going to investigate the botanical side of Pandora, the sea of colour, the treasure trove of life. After looking up, I was put in a state of temporary disbelief: I had spent the night beneath a home tree (actually night here is more of an earthly dusk) if you don’t already know what one is, it’s a large, naturally fused tree in which the Na’vi live their lifestyles, it is an iconic quality of Pandora and is honeycombed by natural reassesses and hollows, in which the Na’vi live. What if I was interrupting them in some way? What if they see me as a threat, then what do I do? Everything i see moves quickly, but my own movements are slowing down. My sense of anxiety made me grasp the fact that my failure was impending if I couldn’t move quickly enough— the liminality between my realisation of potential death and my desperation for life.

Back home (on Earth), we had know the Na’vi to be hostile and territorial, however our hypothesises appeared to be incorrect, based on my practical contact.

upon entering, I was addressed with an offering of spartan fruit, so after being so wrongly accused, I offered them some air dried food from Earth. I discovered that they really bonded with humans; they are just as sapient: they had taken me in as one of their own kind (a Na’vi). I had given myself a good reputation on Pandora as well as on Earth.

I had tried a native fruit (planet-wise) and was hoping to discover plants next, then this happened...

The time to explore flora, had arrived and best of all: I was going foraging alongside the Na'vi.! Firstly, before any excitement began, they had equipped me with som direhorse tack, a basket and a bow. They all sound pretty normal but the book is not what the title makes it seem—it’s nothing compared to one back on Earth: it's so cleverly made of plant gum (resin), the arrowhead is bound to the shaft; and the arrow’s tip is made flat with spiral edges..

We were fully prepared and so we set off, ambling on our way. Later on after reaching the foraging site I was told that this was a farourite stop. I saw the same shard of unobtainium nestled on a pile of leaves. The sound of the shard was soothing and had a lofi tone to it. I found many species of flower and plants my favourite being the the Helicordian, in Na’vi language: “beautiful spiral”; it has multiple uses such as for garments or tents; and the orange pigment can be extracted for uses as orange dye. (This one was my favourite out of all the ones I found)!

With much luck, I managed to find: a Panopyra or —in Na’vi - tawtsngal meaning “sky cup”. Panopyra is a large plant with characteristics reminiscent of a jellyfish, it stands 15cm tall and within a range of 30-46cm in width; a cat ear meaning “music plant” is a woody, stem plant covered in modified leaves resembling cat ears— as the name suggests— it claimed its name from its ability to double as an instrument.

I left the sight to go and write about my findings, when I looked up, I saw the craggy underside of the hallelujah mountains. They are overgrown with scraggly beards of vines that hang Dow like roots of air-ferns. Their sides dispersing into spray at the bottoms.

Night swept over the Pandoran skies, gifting me an invitation to the bioluminescent light show.: it flushed the forest green, indigo, blue, and violet.. Then I pondered the question of “Where do my loyalties lie? Earth or Pandora?”